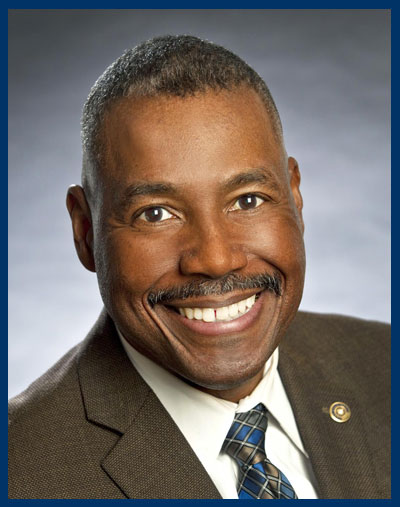 Lou Miller was appointed to the Alamo Regional Mobility Authority Board of Directors. He is Rotary International District Governor of District 5840 for 2015-16. He has served as Director of Community Relations for the Mayor of San Antonio. He is the owner and agent of Lou Miller's State Farm Insurance Agency since 1983, was a vice president in Lending with the Texas Bank, and has also been in the entertainment business as a Radio personality and entertainer. Lou Miller and his hotel investment group were the proud builders and owners of a 158 room Doubletree Club Hotel in Austin Texas.

He currently serves on the City Public Service Headquarters Advisory Panel, member of the American Public Transportation Association, the Transit Board Members Committee, Rail Conference Planning Subcommittee, Legislative Committee, Rail Transit Committee, and Streetcar Subcommittee. He is a member of the Conference of Minority Transportation Officials and their Legislative Committee. President of the African American Chamber of Commerce of San Antonio, he was the Board Secretary for Via Metropolitan Transit Authority's Board of Trustees and board member for the Alamo City Golf Trail. He has served as Chief of Staff for the Chairman of the National Coalition of Black Meeting Planners as well as served as a board member, is a founding board member of the National Association of African American Chambers of Commerce and founding member of the Texas Association of African American Chambers of Commerce. Lou is past chairman Pro Tem for the City of San Antonio Zoning Commission, was the founding president of Texas State Sickle Cell Disease Association, founding president of The San Antonio Chapter of the Union of Black Episcopalians. NAACP national committee on the Hospitality Industry, Behavior Enforcement past Chair and board member of Texas State Board of Public Accountancy, FBI Citizens Academy graduate, past Chair of Ella Austin Community Center, founding president of the San Antonio Sickle Cell Anemia Association, Alamo Consortium's Private Industry Council, founder of the Community Minority Business Advancement (MBA) program administered by the College and Graduate School of Business at the University of Texas at Austin, Eastside San Antonio Coordinating Council, City of San Antonio Zoning Commission's past chair pro tem , City of San Antonio Charter Revision Commission, San Antonio Education Partnership , Southwestern Bell Small Business Advisory Panel, Help One Student To Succeed (HOSTS), former life membership chair for the NAACP, past Worshipful Master of Elite Lodge #462 Free and Accepted Masons, Prince Hall Affiliated, San Antonio chapter of the American Institute of Banking, Cancer Therapy and Research Center's Board of Governors, past president Alamo City Chamber of Commerce, Alamo Area Council of Boy Scouts Comanche District Former Chair.