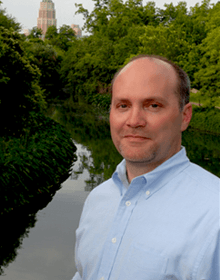 David L. Smith, County Manager, graduated from the University of Texas in San Antonio in 1991 with a BBA in Marketing. In 1993, he received an MS in Finance from Louisiana State University. In 1998, he was awarded his second graduate degree, an MS in Urban Administration, from Trinity University.

Prior to joining Bexar County, Mr. Smith's employment includes several years of retail management and serving as a Research Assistant at Louisiana Real Estate Research Institute. He began his employment with Bexar County in January of 1997 as a Budget Intern in the Planning and Resource Management Department. He has since held every position in the Budget Division. Additional areas of responsibility have included managing the County Economic Development functions and serving as the Community Arena Project Fiscal Officer. In 2004, he became the Executive Director for the Planning and Resource Management Department, and the County's Budget Officer. In that capacity, he was responsible for administering the activities of three major divisions-- Budget, Management & Financial Services, and Human Resources.

In July of 2011, Mr. Smith was appointed the first ever County Manager, by a unanimous vote of Commissioners Court.