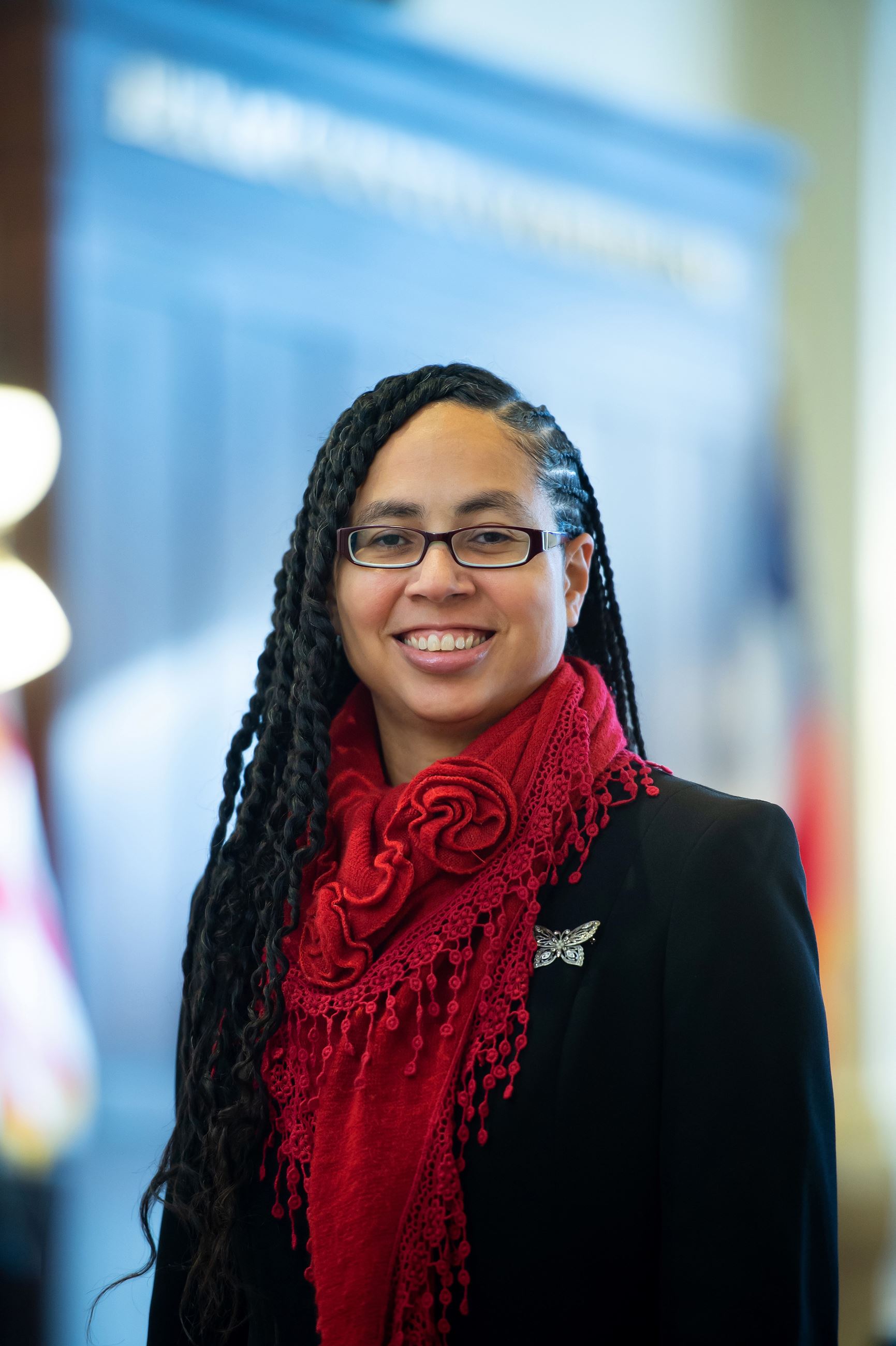 Commissioner Clay-Flores’s earliest memory is at the age of four, being kicked out of a raggedy hotel with her family at night in downtown San Antonio for lack of payment.  Her early childhood was one of homelessness but not hopelessness.  She grew up learning to be grateful for everything, if only for the fact that she had a free public education at her inner-city neighborhood schools once her family finally had a permanent address and could rent a meager home.  Even though she knew that they were the poorest of the poor in American society, she realized that there were children even more poor than they were because of trips to Mexico.

The commissioner’s life has always been one of service.  Her mother is from Mexico and would often take her children there, not only to see family, but to do community service.  While her mom was out visiting the sick, she and her two older brothers would be playing on the dirt roads with the neighborhood children.  This is how they learned Spanish.  They made friends with the kids and helped them with things they needed.  These experiences taught the commissioner to understand serving and social justice as a responsibility and lifelong commitment.

Her mother was her example of hard work and sacrificial love, working several minimum wage jobs in order to provide for her children.  Commissioner Clay-Flores’s mom also instilled in her children the understanding that faith and education would enable them to have better choices in life.  After graduating from Brackenridge High School on the South Side of San Antonio, she went to Princeton University and majored in Religion with a Certificate in African-American Studies.  Her research focused on how today’s notion of the Black church evolved through the pain and suffering of slaves, and how colonization of the Americas continues to affect Latinos.  She specifically focused on Mexico and the Aztec culture, including liberation theology. She went on to earn a Master’s in Education from Harvard University, furthering her work on colonization and education.

Commissioner Clay-Flores has spent 15 years serving in education and nonprofits, from teaching fifth grade and GED/ESL in San Antonio to starting a small educational nonprofit. She has also taught English in Tampico, Mexico at the state university, and worked at a small private university in Tennessee where she recruited college students to take a year off as community service volunteers.  She taught them fundraising for their trips, how to immerse themselves in other cultures, and how to be servant leaders.  She placed on average 75 students in 36 different countries and would continue to work with them via social media and on occasion, conduct international site visits.

She previously worked for the City of San Antonio for six years.  Since January 1, 2021, she has served as the Bexar County Commissioner of Precinct 1, where she has focused on fighting for much needed resources.  Commissioner Clay-Flores came into office during a very vulnerable time, facing a global pandemic and a winter freeze Uri. In her first year in office, she has been able to secure funding for construction for residents who lacked water in their community, championed the Bexar County Plumbing Assistance Program to aid in the aftermath of the winter storm Uri, restored additional Deputy Constable positions, allocated funding for the San Antonio Mobile Mental Health Collaborative for schools in Precinct 1, advocated to pass Juneteenth as a County holiday, held food drives for local non-profit food pantry’s, started preliminary approval for a new county park on the Northwest side of the County, advocated for a new UHS Bexar County Hospital on the Southside, and many more projects she is continuing to work on with her staff.

Commissioner Clay-Flores is proud to serve the community and will continue to fight for the much needed resources Precinct 1 deserves.