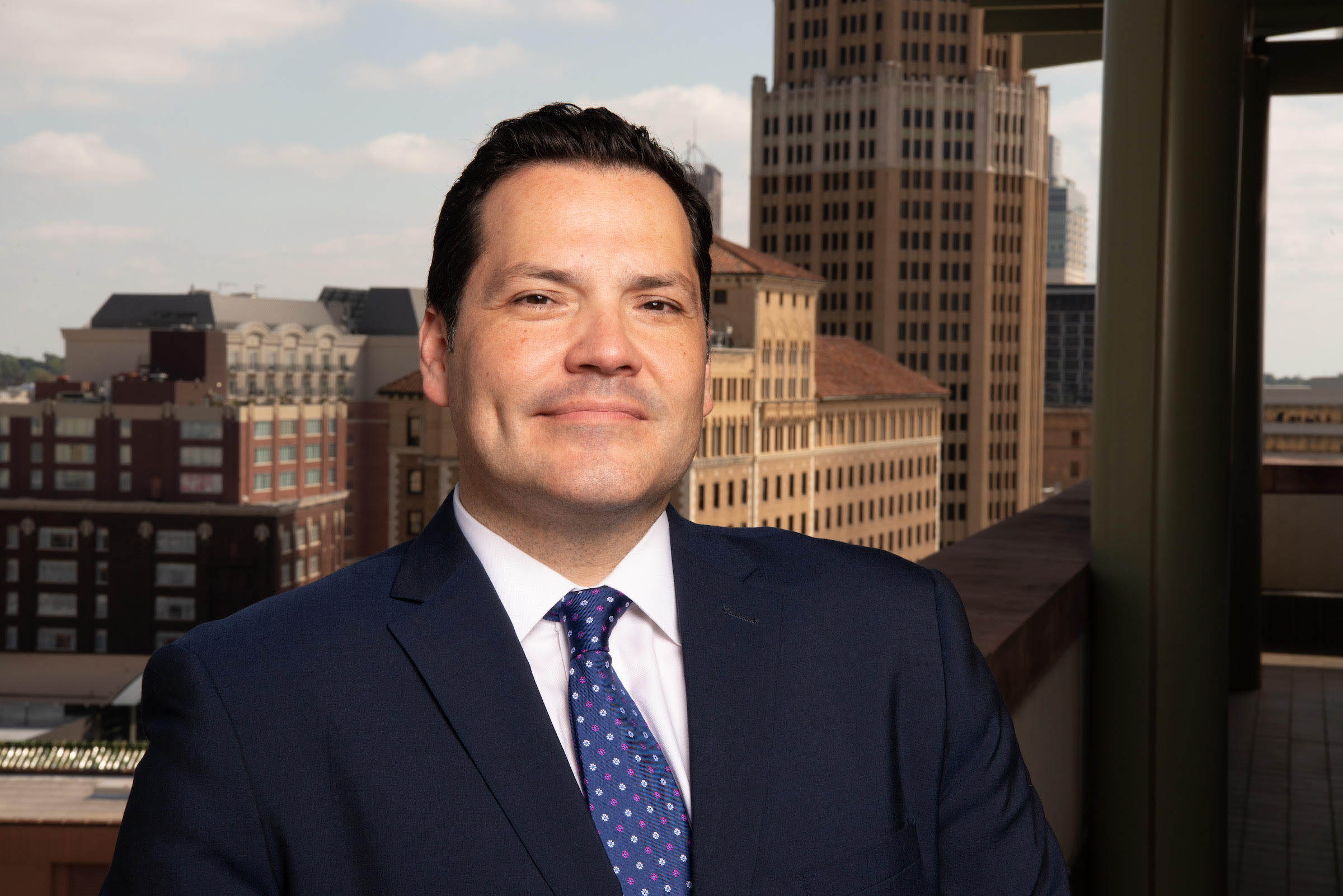 Justin began his career in public service as a juvenile prosecutor for the Bexar County District Attorney’s Office where he worked diligently to assist young offenders in their rehabilitative efforts.  Elected to the Board of Trustees of the San Antonio Independent School District in 2004, Justin served in that role for three years before being elected to the San Antonio City Council and representing District 7 for two terms from 2007-2011.  Improving the quality of life for residents by enhancing educational outcomes and creating economic opportunities for hardworking families has always been his focus.

In 2012, Justin was elected to the Texas House of Representatives.  Serving three full terms as State Representative for House District 125, he was re-elected for a fourth term in 2018.  During his time in the Legislature, Justin advocated for increased access to and affordability of higher education, voting rights, and accessible and affordable healthcare for all Texans.  A strong advocate for San Antonio and Bexar County on the House Appropriations Committee, he sought and secured several leadership roles during his tenure including Deputy Whip for the House Democratic Caucus and was part of the leadership team of the Mexican American Legislative Caucus.

On January 4, 2019, Justin was appointed to serve as Bexar County Commissioner for Precinct 2 and was then elected in November 2020 to fulfill the remaining two years of the unexpired term of long-time Commissioner Paul Elizondo.

For his service, Justin has been recognized as a “40 Under 40” Rising Star by the San Antonio Business Journal and was named one of the “20 Latino Democrats to Watch Over the Next 20 Years” by the Houston Chronicle. Justin and his wife Victoria are raising their three children near the campus of St. Mary’s University in the heart of San Antonio’s west side.

We need a justice system that is efficient, effective, equitable, and that protects our public safety while addressing the needs of people involved in the system. This includes intervention programs, community-based pretrial solutions, improving specialty courts, and support for those incarcerated or who are re-entering the community.

Bexar County is committed to growing opportunities for its residents and growing its reputation of being a great place to start, grow, and move business to. The County must cultivate a robust, inclusive local economy with a diverse workforce and pipelines to jobs and education for all.

Bexar County should have a comprehensive system of prevention, service, and support options for adults and children with mental illness or emotional disturbance, substance use, and/or intellectual or developmental disabilities.  Services and supports should be offered so that people and their families have access to the appropriate level of services that are affordable, accessible, and will truly meet their needs.

The work we do should be informed by the community, citizens should be made aware of the decision being made on their behalf, and the elected officials should be held accountable to delivering results.  Local governments have a responsibility to ensure the delivery of services to residents that are cost-effective, efficient, and truly deliver value.

Provide opportunities to increase success for individuals, families, and the greater community in education, employment and personal and family development. This means increasing the standard of living for families through access to critical social and community programs. And it means inspiring communities to strive for improved living conditions, health and economic circumstances.