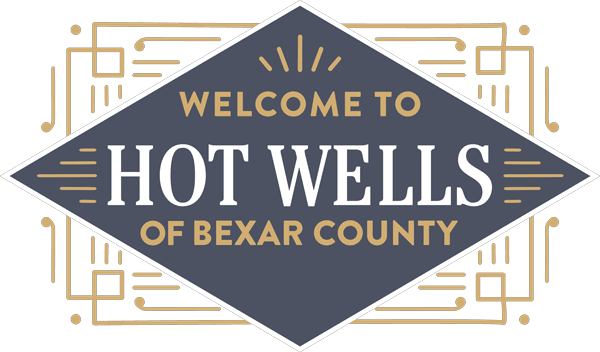 About Hot Wells of Bexar County

Hot Wells of Bexar County is the county’s newest park located in Precinct 1 at 5503 S. Presa St., along the Mission Reach of the San Antonio River.

In 2015, Bexar County acquired the ruins and surrounding land for preservation and public use. Since then, Bexar County has transformed the Hot Wells ruins into a world-class, model for urban restoration and community engagement – now perfectly complementing the Mission Reach Trails and Texas’ only UNESCO World Heritage Site, the San Antonio Missions. 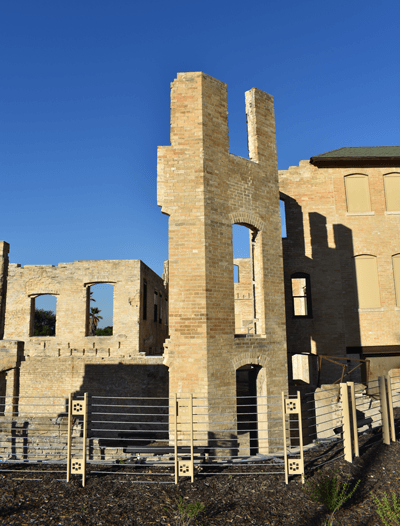 In the late 19th and 20th centuries, the Hot Wells site was a place where one could enjoy the therapeutic powers of the hot sulfuric waters that flowed from the well at the many resorts that occupied the land, during that time period.

The bathhouse burned in 1894 and the resort operated in a temporary building until 1901 when a local brewer Otto Koehler purchased and expanded the property and built Hot Wells Hotel, a resort modeled on healing resorts throughout the United States. The hotel was a stylish destination for residents and tourists until World War I and Prohibition was adopted in 1918 ended its hay day. It closed in 1923 and was converted into a school and burned again in 1925.

Later, owners opened the Flame Room as an entertainment spot and built tourist cabins on the site. Fires and weather once again took their toll on the property and it fell into ruin.

Though the hotel may be gone and the well has been capped, visitors can now stroll through the historic grounds and experience the park - available to the public for the first time starting on April 30, 2019.