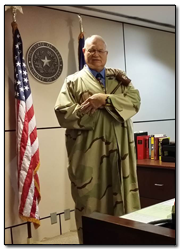 First elected as a County Court at Law Judge in 1996, Judge Christian has disposed of more criminal cases, tried more jury trials and recovered more restitution for victims than any other County Court Judge in Bexar County history during his term in office.

Judge Christian has served for over 30 years as a Certified Texas Peace Officer, Criminal Justice Prosecutor, Criminal Defense Counsel and Texas State Judge. He has been an Adjunct Instructor at the San Antonio Police Academy and is presently an Adjunct Professor of Law and Consultant for the Center For Terrorism Law at St. Mary's University School of Law.

Joshua Childers serves as the Project Director for the Bexar County Veterans Treatment Court. Mr. Childers previously served as the Case Manager for the VTC. Mr. Childers served in the United States Air Force as a Personnel Officer. His experience in the military included positions at base level, at higher headquarters, and culminated in being one of only six Air Force Officers in charge of running Air Force Officer and Senior Enlisted Promotion Boards, working directly under the guidance and direction of the Secretary of the Air Force. 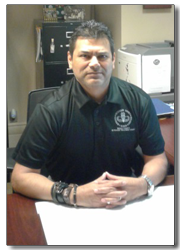 Mr. Mora attended and graduated from Southwest Texas State University with a B.A. in Political Science and History and a Post- Graduate degree in Legal Assistant Program. From 1999 to 2017, Mr. Mora worked in the criminal justice field with the adult probation office(s) in Hays and Bexar County. For 13 years, Mr. Mora, worked in the Gang Unit along with SAPD Gang Unit, Bexar County Sheriff’s Office Gang Unit and with federal agencies.

Chris Whittemore serves as the Case Manager for the Bexar County Veterans Treatment Court.  Mr Whittemore served in the US Marine Corps from 1995-1999 as an Infantry Machine Gunner for the 3rd Battalion, 3rd Marines.  Mr. Whittemore left the Marine Corps in 1999 and became a Texas State Trooper until 2004.  As a result of the Global War on Terror, Chris felt called to return to service and re-enlisted into the Marine Corps and was assigned to the 3rd Battalion, 7th Marines in 29 Palms, CA.  At this assignment, he joined the Scout Sniper Platoon and in 2005 deployed to Ramadi, Iraq.  Upon returning from this deployment, he transferred into the 2nd Battalion, 7th Marines and deployed to Iraq in 2007 conducting operations in Karma, Zidon and Fallujah.  Upon his re-enlistment he cross-trained and became a UH-1 Helicopter Crew Chief deploying with HMLA-369 in 2010 to Helmand Province, Afghanistan.  Upon returning, he became a recruiter and worked tirelessly to bring new Marines into the fold.

In 2013, Mr. Whittemore was sent to the Wounded Warrior Battalion in San Antonio.  While there, he underwent multiple surgeries and finally retired in 2015 from the Marine Corps.  Mr. Whittemore earned a Bachelor of Science in Criminal Justice and a Master of Science in Forensic Psychology.  Prior to his employment at the VTC he was a valued member of the Drug Enforcement Agency.  Finally, Mr. Whittemore is a Disabled Veteran with first-hand experience and knowledge of the VA Health Care System.

This program is supported in part by a grant from the Texas Veterans Commission Fund for Veterans’ Assistance. 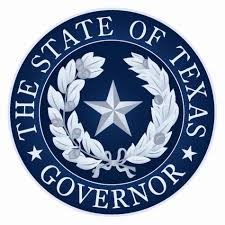 This program is supported in part by a grant from the Office of the Texas Governor, Criminal Justice Division

Back to VTC Home