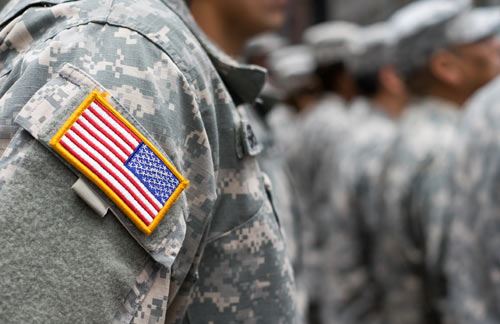 The Federal Post Card Application (FPCA) is a form provided by federal law to permit members of the U.S. Armed Forces and Merchant Marines, their dependents, and U.S. citizens abroad to vote early by mail and, if necessary, to temporarily register to vote.

You are eligible to vote early with an FPCA if you are qualified to vote in Texas and you are:

The Uniformed and Overseas Citizens Absentee Voting Act (UOCAVA) provides the legal basis for absentee voting requirements for U.S. citizens who are active members of the Uniformed Services, the Merchant Marine, the commissioned corps of the Public Health Service, the National Oceanic and Atmospheric Administration, their family members, and U.S. citizens residing outside the United States.

The Military and Overseas Voter Empowerment (MOVE) Act is a federal law designed to provide greater protection for the voting rights of members of the armed forces, their families, and Americans residing overseas. The MOVE Act is an expansion of UOCAVA. The MOVE Act requires States to send absentee ballots to UOCAVA voters at least 45 days before federal elections.

You are eligible to vote early with a FPCA if you are qualified to vote in Texas and you are:

The Federal Postcard Application (FPCA) is the form for UOCAVA citizens to register to vote and request an absentee ballot. This also updates their contact information. In order to apply as a UOCAVA voter, you must complete and submit an FPCA:

If you qualify. you will receive ballots for all elections in which you are eligible for in the year, including any runoffs. All FPCA applications expire on December 31st.

Watch Send Your Most Important Vote Back Home

Who Represents Me? Search

How do I?
elections Help