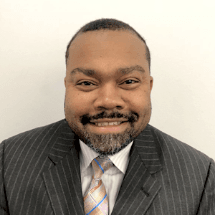 For the past 18 years, he’s worked in various positions in the Health and Human Services profession. Currently, he serves as the Lead Quality Assurance Reviewer for the Alamo Area Council of Governments, entailing the contractual monitoring of a network of community-based Provider organizations who serve individuals with Intellectual and Developmental Disabilities (IDD).

He has also graduated from the Christian Family Church International (CFCI) Bible Institute with a Bachelors's Degree in Practical Christian Ministry. An ordained Minister of the Gospel, he also serves as an adjunct lecturer at the CFCI Bible Institute.

In 2014, Giovianne was elected as Chairman of the Clergy Community Advisory Board (CCAB).  The CCAB is a local chapter of the statewide Advisory Committee Promoting Adoption of Minority Children (ACPAMC). As set forth in the Texas Administrative Code, recommendations from this Advisory Committee to the Department of Family and Protective Services (DFPS) are to promote the adoption and provision of services to minority children. 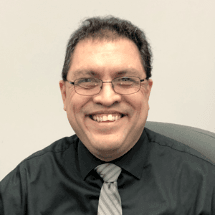 Michael Guajardo was born in Corpus Christi, Texas. He was diagnosed with an eye condition known as Retinitis Pigmentosa (RP) at the age of nine. By the age of thirty, he had lost most of his sight. He graduated from Texas A & M University Kingsville in 2004 where he majored in Computer Information Systems. He is currently employed at the San Antonio Lighthouse for the Blind and Vision Impaired. For the past 11 years, he has served in the role of an assistive technology specialist where he has provided training and evaluation services to blind and visually impaired individuals. He now serves as supervisor for the department. He has been a resident of San Antonio since 1990. Prior to that time, he had the opportunity to live in and travel to various locations as his father was an Army serviceman. Michael’s travels have afforded him the opportunity to meet people of many diverse backgrounds and cultures which have helped him to gain an appreciation for the diversity that exists in San Antonio. Additionally, he has been a volunteer for the National Federation of the Blind (NFB) for the past six years where he has participated in community service and advocated for blind and visually impaired individuals. He has also served for the past three years as part of the Advocacy Leadership group for National Industries for the Blind (NIB) which is also an advocacy group. As a member of these organizations, he has had the privilege of traveling to Washington D.C. to visit Capitol Hill to speak to congressional representatives and advocate on behalf of people with vision impairments.

Melanie Cawthon arrived in San Antonio in 1982, when her father was stationed at Fort Sam Houston.  Graduating from Robert G. Cole in 1994, Melanie became the 5th person to attend the FSH school system from 1st through 12th grade.  Calling San Antonio home, Melanie went on to secure her Business Degree from UTSA in 1998, earned her credentials as a Certified Nonprofit Professional in 2002, and later her Master’s of Science in Nonprofit Management from Our Lady of the Lake in 2009.  Melanie entered the nonprofit scene in 2000 and quickly found her passion and niche in the disability sector after working for Methodist Mission Home (aka Providence Place) in 2003 followed by later employment with Mission Road Ministries and Reaching Maximum Independence, Inc.

In 2007, Melanie co-founded disABILITYsa after a year-long endeavor to coordinate the inaugural AccessAbility Fest, a resource festival that brought together all of the disability sectors into one place in order to bring education, awareness, and resources to people with disabilities, those who serve the disability community, and the general public at large.  disABILITYsa incorporated and became an official nonprofit organization in 2017, where Melanie now serves as the Executive Director.  Bringing San Antonio programs like Fiesta Especial®, AccessAbility Fest, and more recently the Conversation 360° Series, Melanie works daily to connect individuals with disabilities with the resources and ensure there are opportunities for everyone to engage actively in our local community.  Today, disABILITYsa serves over 7,000 people every year through informational, advocacy, and community engagement programs.

It is Ms. Cawthon’s vision that San Antonio will become the #1 place where people with disabilities want to come to live, work, and play. 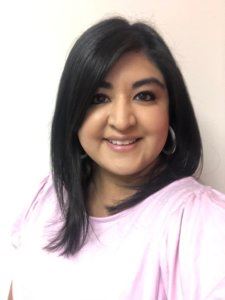 Maria Buitron moved to San Antonio from Dallas Texas, she was an employer representative for over a decade at the Bridges from School to Work program, as part of the Marriott Foundation for People with Disabilities.

She is currently the Director of Development for Holy Spirit Catholic Schools. Maria comes to the TACPD with experience mentoring and placing youth with disabilities into competitive employment and is certified as a Job Placement Specialist through the University of North Texas and the Texas Workforce Commission.